By Laura Harvey of Osborne, the construction contractors.

Osborne were introduced to Raynet after they presented the M27 Romsey Road Bridge project to the LRF.

During the presentation they discussed the diversion routes that had been decided by the neighbouring local authorities that included a 55 mile diversion for some eastbound traffic.

It was quickly identified that by deploying Raynet vital information regarding the impact of traffic along the diversion route, real time travel information and breakdown concerns could be easily captured and relayed to the various stakeholders during the closures..

Raynet soon became a key partner to the project and formed part of the Stakeholder group. Together Osborne and Raynet looked at the diversion routes and identified pinch-points that weren’t covered by the Romanse system that would benefit from having a static coverage along with on the first two closures having people reporting back real time diversion route loop times.

Throughout the closures Raynet provided vital information that benefited the wider community, their capability was enhanced with the use of two CCTV cameras that provided a live feed in two key locations throughout the second and final closure, as at the first closure it was identified that there was a lack of live information.

The data that Raynet provided assisted in the learning for the project, and helped the project identify additional resource, including the request of fully manned lights at North Baddesley, paid for by the project and supplied by HCC/Siemens.

Furthermore the data has ensured that we could target the communications, ensuring that our communications to the public were effective.

Laura Harvey, Stakeholder Manager for Osborne said, “My thanks go to all of the Raynet members for their unwavering dedication that has, without doubt aided the success of the three weekend closures of the M27” 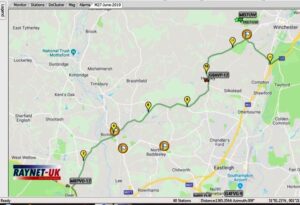 Along with help from individual operators from Dorset, Wiltshire, Sussex and Gloucestershire we supported three M27 weekend closures for the Romsey road bridge demolition and the installation of a new bridge deck

On 27th and 28th September 2018, we had a planned live callout via Hampshire Raynet from Southampton City Council. {SCC}for the planned M27 closure.. Hampshire Raynet was tasked with monitoring traffic flow. 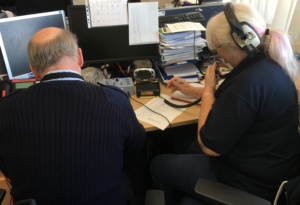 Control was at the City Depot by dock gate 20. This location has the advantage of all the facilities required. It was evident early on that both voice and GPS tracking would be required to complete the requirements. Other groups managed the technical side, putting relay stations where required. The main voice net was via the Raynet UHF repeater at Winchester. Our group setup and managed control at SCC and supplied some operators for that task, but other members also drove routes and logged traffic at fixed locations. Whilst paper logging in SCC was required there was also a computer based audio log for the whole event. This was voice activated so compressing the audio log.

There was also a computer display on a big screen of the GPS tracked vehicles which were driving the diversion routes.Hampshire Raynet completed the task to the satisfaction of those who called Raynet out, with valuable data being supplied. 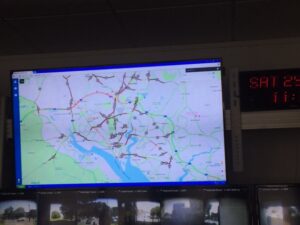 Traffic data was passed from fixed points using the Raynet UHF repeater at Winchester with some operators driving the short routes. Due to road closures on the long route only the southern routes were operable.

Raynet also deployed two live camera feeds, one in Romsey via satellite internet, and the other in North Baddesley with 4G.

10 group members took part with 7 assisting from other groups

Again we were tasked with supplying traffic data to the control which was situated at “Southampton Tactical” in City Depot, Southampton, this was where the multi-agency cell was set up.

The task was completed to the satisfaction of all multi-agency representatives. 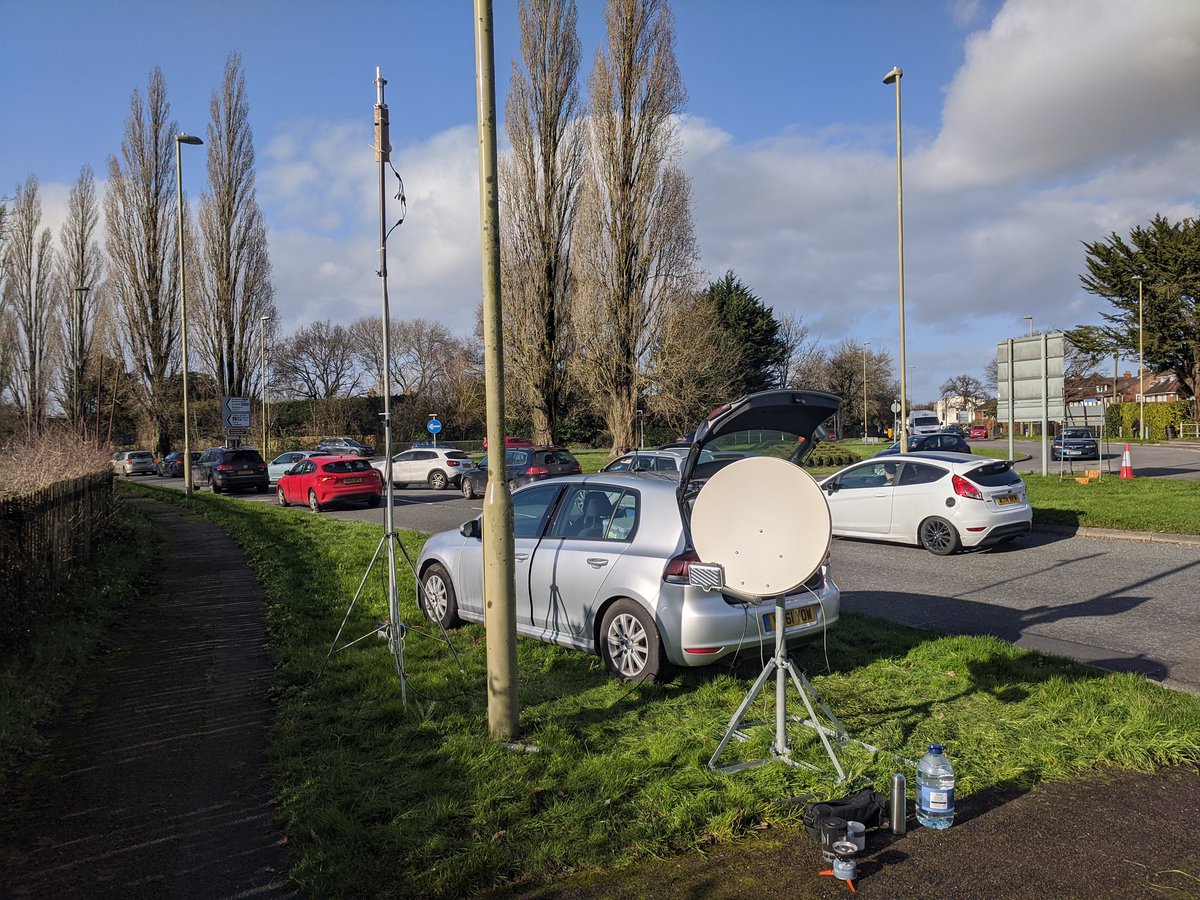 Tweeted by one of our members whilst operating from the diversion route. Thanks @philcrump2

“Not your standard @RAYNET_UK station today, a portable setup of traffic observation camera feed over Ka-band satellite IP link and into the Southampton Emergency Planning Office in support of the M27 closure. (alongside the VHF/UHF FM voice of course)”