The New Forest Parkinson’s Walk { NFDC } took place on 22 September 2019, with the Raynet Caravan being used as control due to the bad weather. The event went well with no incidents  and raised over £10,000 for the charity. 9 of our members supported the event and we loaned the organisers 15 PBR radios so they could remain in contact.

On 16th June 2019 we went to Bournemouth for the Parkinsons Walk { with agreement from Dorset, who has passed the event to us } 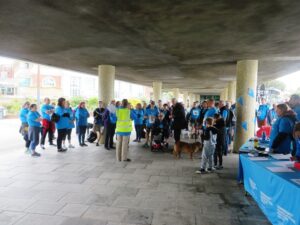 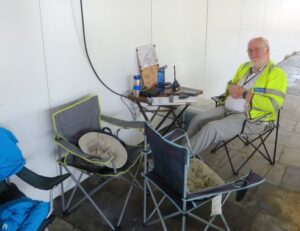 6 members attended to provide safety cover along the seafront, in addition to which we took along 5 Raynet PBR radios, allowing contact with the tail walker between our operators.

A new event the New Forest Parkinson’s Walk { NFDC } took place on 16 September 2018, due to other very close events in the month, we had minimal presence with VHF PBR radios used for organisers checkpoints with varying success. – 3 members took part with 15 PBR radios supplied. The date for next year’s event has already been planned in consultation with Raynet giving a clear 2 weeks between events meaning that we will have more members available and can spread our members over the route giving better communications.